Philip V ruled Spain from 1700-1746, save for a brief period in 1724 when he abdicated in favor of his son who died before the year was out.

The War of Spanish succession over the perceived balance of power in Europe marked his accession to the throne of Spain.

His first wife, Maria Luisa of Savoy, was well loved in Spain and acted as regent during Phillip's travels to Italy.

The 8 reales of Spain at this time demonstrates a simple and elegant majesty of heraldic symbols depicting the royal heritage of Spain's rulers.

This 1735 8 reales was minted in Seville as indicated by the S mint mark below the R with assayers identified as P and A. This coin possesses a problem free planchet and is both well centered and well struck. It exhibits an attractive circulated cameo appearance created by the evenly worn design contrasting against the darker toning of the fields. A beautiful example. 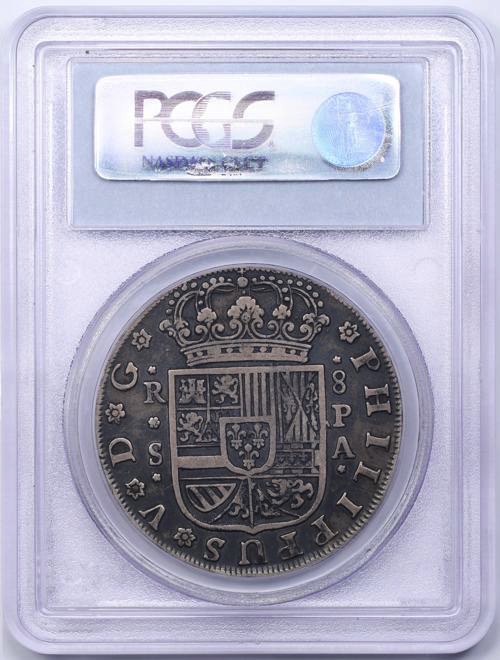 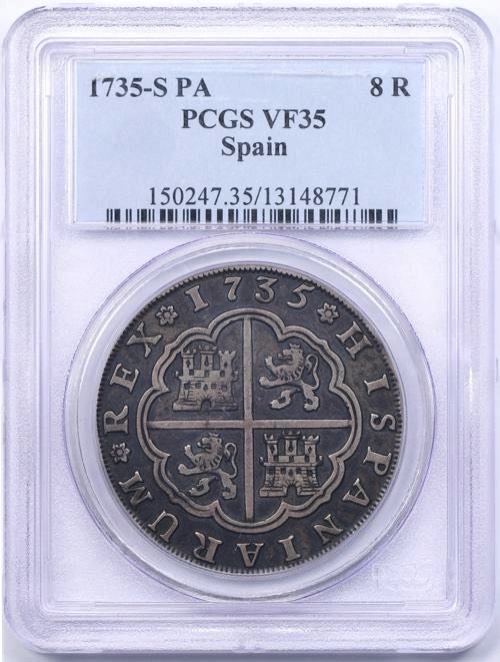 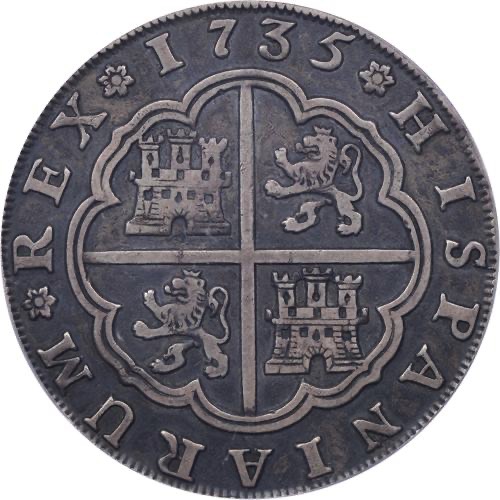