The "Pillar Dollar"of Spanish American colonies is an icon of world trade in its era and a standard of the early USA economy. The subsequent dollar of the USA was based on this coin and 8 divisions thereof. When small change was scarce, people occasionally cut these 8 reales into as many as 8 pieces or bits.  Thus, the term two bits in reference to a later USA quarter dollar came from the equivalent portion of a Spanish Colonial 8 reales coin. The influence of this coin still echoes in our modern day world. Until recently, the modern stock market still traded in 1/8th's of a dollar.

The Spanish American Pillar dollars were minted at a number of mints in Central and South America. This particular coin was minted in Lima, Peru as indicated by the LM with dot above on either side of the pillars. The assayers responsible for the purity of the coin were Jose Rodriguez Carasa and Domingo Eyzaguirre as indicated by the letters J and D at left of the crowned royal arms. This coin has pleasing surfaces with a beautiful rose golden patina. An attractive example of a richly historic coin. 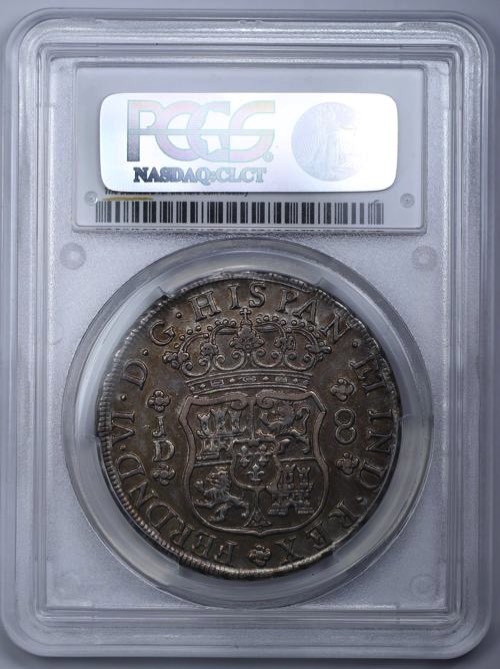 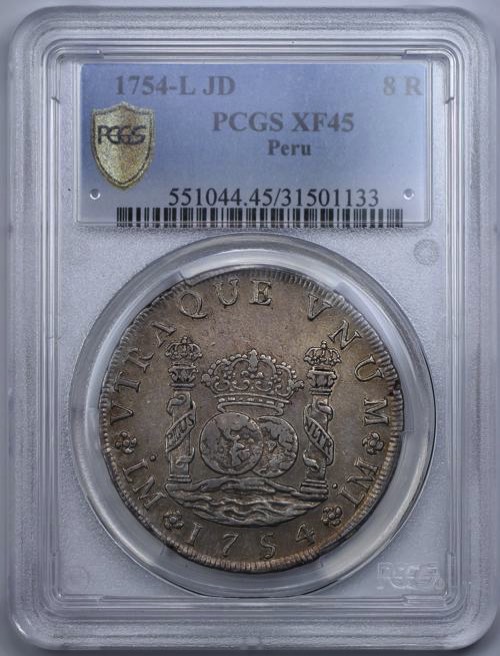 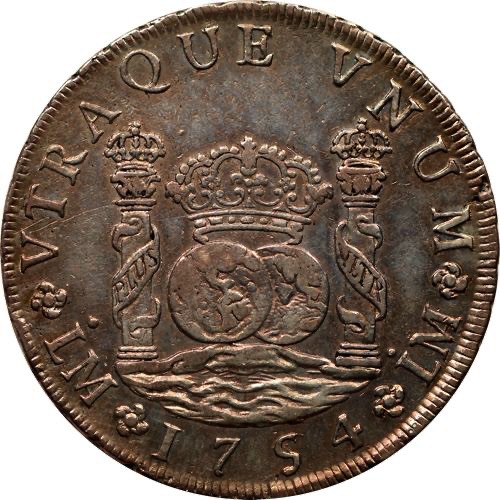 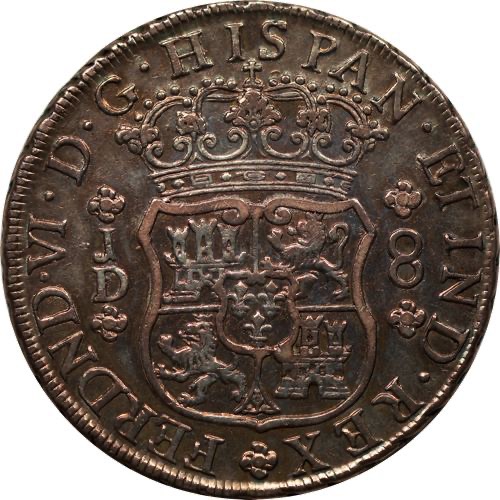