Capture of Tournay - by John Croker

Throughout the reign of Queen Anne the War of Spanish Succession occupied the thoughts of Europeans. The English and Dutch led the Grand Alliance against Spain and France to prevent control of those two countries by a single king. The power that those two countries held over Europe and the Americas would have made such a combined nation dominant in trade, military, and political terms.

A number of different medals were issued throughout Queen Anne's reign celebrating British victories in the war. One such victory was at Tournay where the Grand Alliance captured the city.

On the reverse Pallas is seated facing right, military trophies around her, the town of Tournay in the background; legend surrounds: TORNACO•EXPVGNATO.;  in exergue MDCCIX•

The muted luster on the obverse actually seems to enhance the viewer's ability to see the full detail of John Coker's high relief rendition of Queen Anne. The attractive bronze luster on reverse immediately draws the eye to Pallas' robes and the trappings of victory around her. Overall an excellent example of a scarce issue.

Please scroll down to view multiple images of the medal and holder. 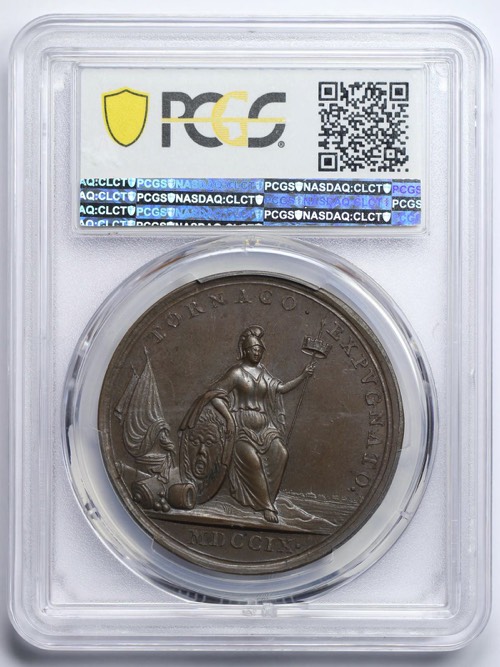 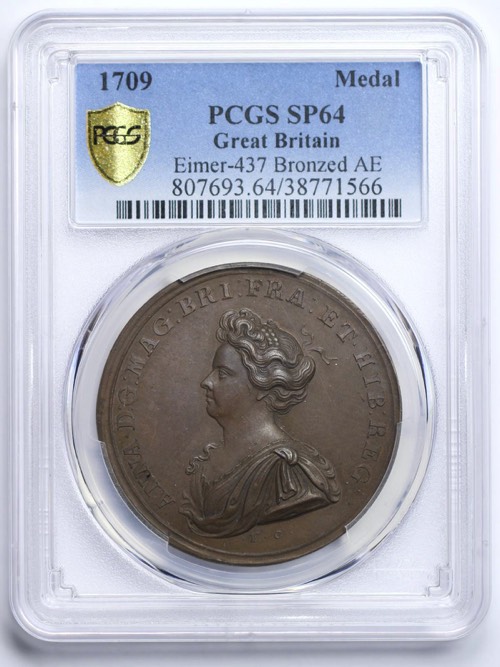 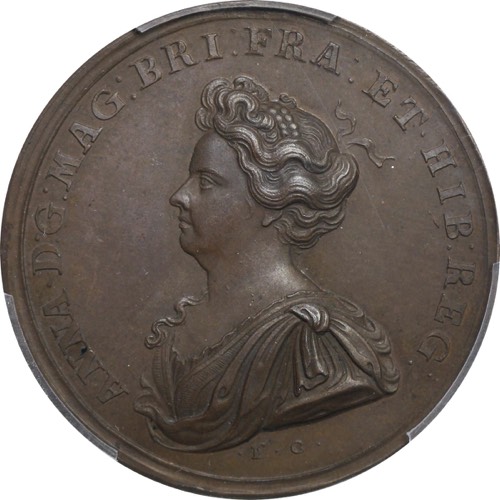 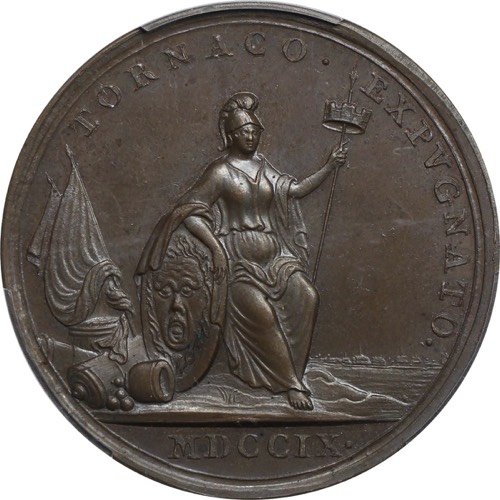