This attractive bronze medal honors the adventure and romance of the novelle motor car as an award medal for accomplished members of the Touring Club of France in the early 1900's.

The obverse depicats a seated female figure holding a globe and compass. In the background are a polar scene at left and desert scene at right. Below is signed "ALPHEE DUBOIS".

The reverse shows a male figure holding a tablet above him with leaves surrounding and cartouche below. Tablet reads: "TOURING CLUB DE FRANCE". The cartouche is blank.

This is an award medal prepared for presentation to winners of some contest or event of the Touring Club, but for which the name had not yet been placed on the cartouche. 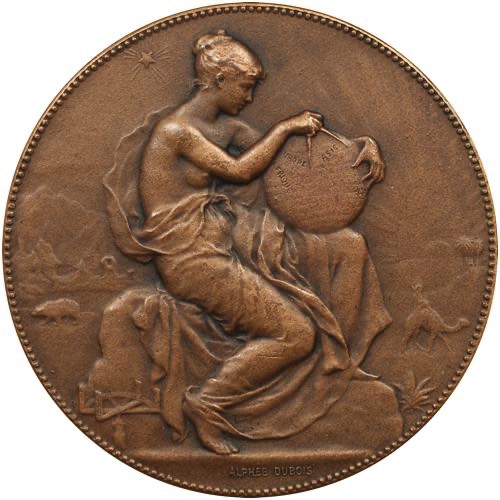 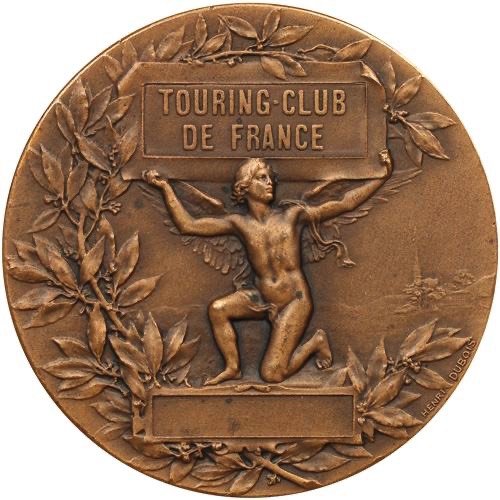