(translates: Victoria by the Grace of God Queen of the Britons Defender of the Faith)

legend in latin (in gothic script): TUEATUR UNITA DEUS ANNO DOM <date in roman numerals> (translates: May God protect this United Kingdom in the year of our Lord 1847)

(translates: An ornament and safeguard in regnal year eleven)

William Wyon is regarded as one of the greatest engravers in history. His depiction of Queen Victoria on coins of the late 1830s, including the famous Una and the Lion 5 pounds gold coin, was very well received by Queen Victoria. When he was commissioned to prepare a new design for the silver crown he once again delivered a stunning work of art in the gothic crown of 1847. This coin is considered by most in the numismatic community to be among the finest examples of coin engraving in all of history. The extremely minute and yet precise details throughout the design are truly impressive both technically and for the beauty that delights and inspires the viewer.

Although the practice for many years had been to depict British rulers without a crown, Wyon boldly returned the crown to Victoria’s head in this new design. Specifically, she is wearing Saint Edward’s Crown. This is recognizable as the crown placed atop the head of British rulers at their coronation. Wyon also incorporated the trefoils and arcs from the crown itself along the rim of the obverse.

The reverse design was provided by painter William Dyce and engraved by William Wyon. One look will tell you Wyon engraved a heraldic masterpiece. The Order of the Garter in the center is surrounded by a cross of shields. Two shields contain the three lions passant of England while others bear the lion rampant of Scotland and harp of Ireland. In the corners of the cross we find the rose of England, thistle of Scotland, and shamrock of Ireland. All reminders of the United Kingdom over which Victoria ruled. The crown atop each shield and trefoils along the rim thematically and artistically unite the reverse with the obverse.

Approximately 8,000 pieces were issued and many found their way into collections of wealthy gentlemen. Many would carry them in their pocket, perhaps as a charm for good luck or to show to friends and acquaintances. As such, many of these pieces originally struck as proof presentation pieces were subsequently worn, cleaned, or polished.

The passage of time has done nothing to dampen demand for this work of art as it remains among the most popular coins of all time. Gem uncirculated examples bring over $50,000. As such, a cleaned example makes it possible for a devoted collector to own this fabled beauty at a more affordable price.

The particular coin presented here is one of those that has been cleaned. It has a remarkably attractive, almost mirror like surface in-hand that is sure to impress and delight just as it did over one hundred and seventy years ago!

This is a rare opportunity to obtain an important piece of numismatic art and history.

Please scroll down to view multiple images of the medal and holder. 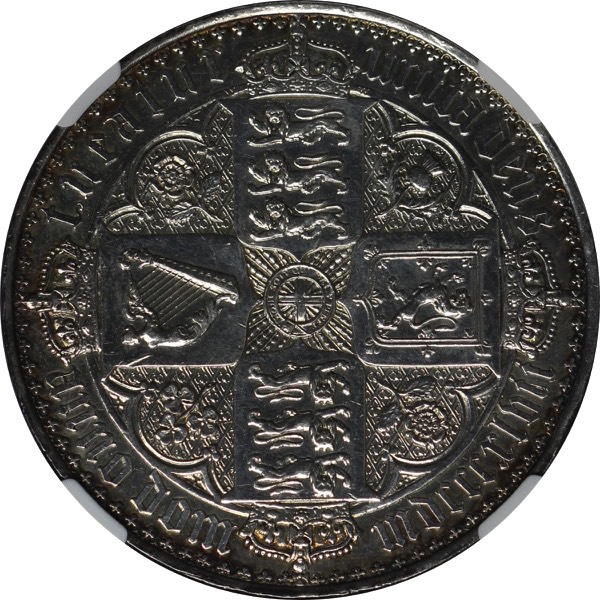 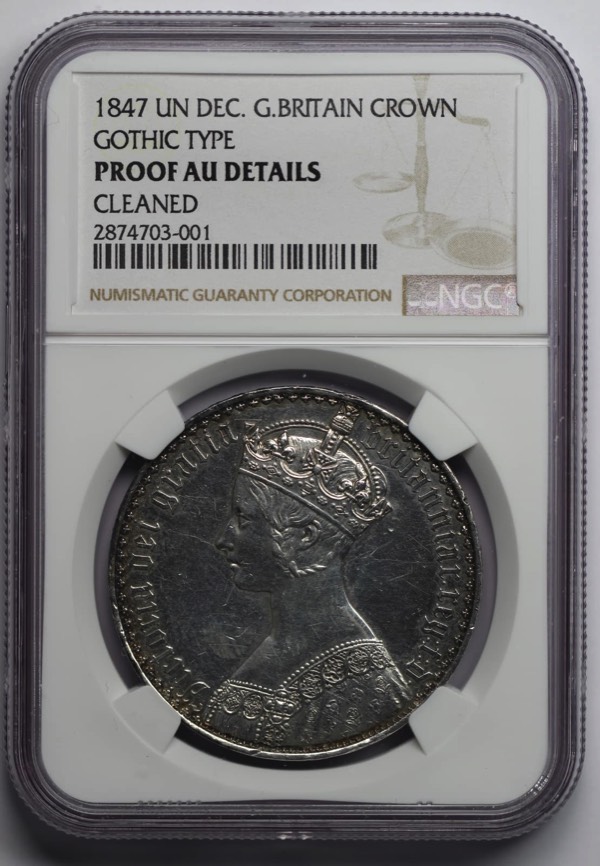 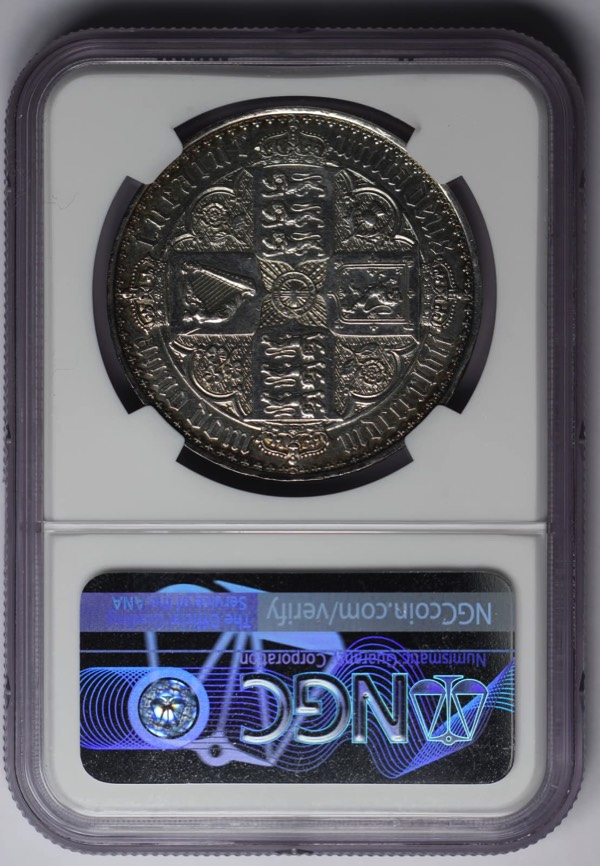