Collectors of German States coins know this 5 mark series of Hamburg to be particularly challenging to find in choice and gem uncirculated grades.

Purportedly founded by Charlemagne and later a founding member of the Hanseatic League, Hamburg is a city rich in tradition. The beautifully depicted  heraldic symbols of Hamburg on this coin elicit vivid imaginings of the burgeoning of this free city from the days of feudalism to German Empire.

As one would expect for this Hamburg issue the J mint mark, indicating Hamburg mint, appears beneath the Hamburg coat of arms.

Lustrous surfaces tinged with some light golden and brown as well as darker toning can be found on both obverse and reverse. Holding it in hand almost seems to transport the viewer back in time. 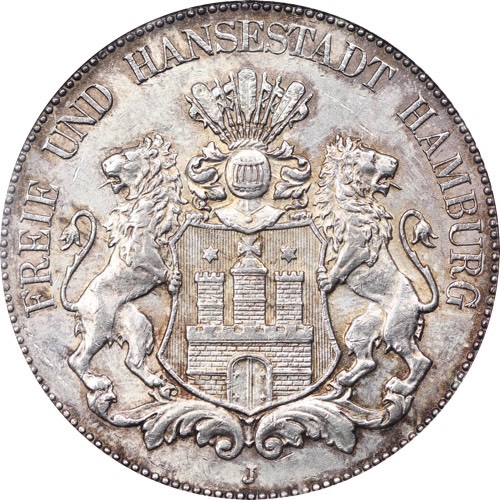 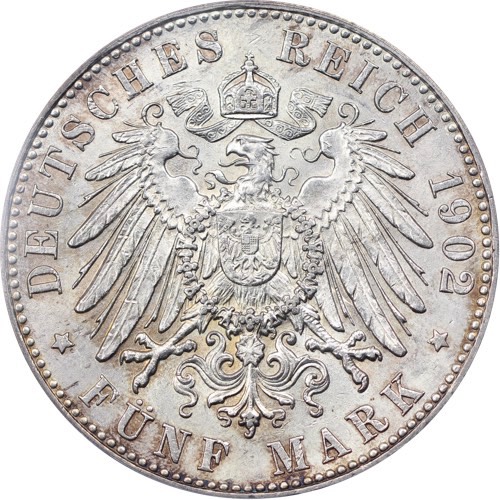 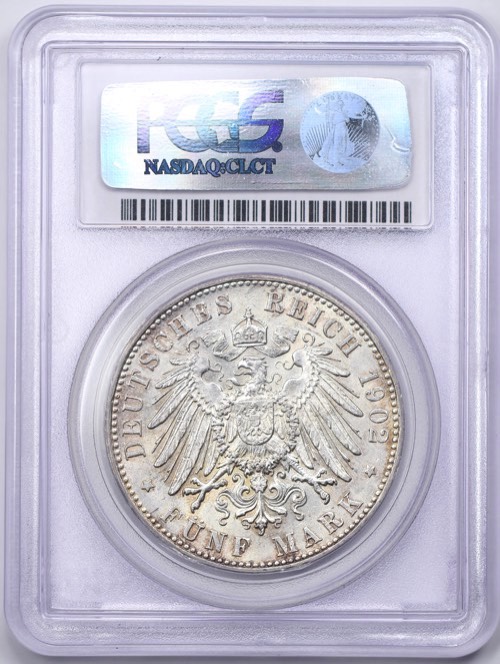