Queen Anne: The Unification of England and Scotland occurred in 1707 under the rule of Queen Anne. The mint master was Sir Isaac Newton whose scientific studies still form the basis for understanding the physical world. These are some of the many aspects of Queen Anne's reign that make it such a historically interesting time. The coins of Queen Anne were designed by John Croker, whose elegant depiction of Queen Anne contributes significantly to the aesthetic appeal of these coins. The limited number of surviving pieces in problem free condition, combined with a consistently strong demand among collectors in the UK and USA make finding nice examples of coins and medals of Queen Anne quite a challenge.

1703 VIGO coins: As the War of Spanish Succession began, the English advances were initially disappointing. Then an English fleet returning from Cadiz attacked a Spanish treasure fleet along with several French ships in Vigo Bay. Numerous Spanish and French vessels were sunk or captured along with some of the silver the Spanish ships had brought from the Americas. This was a great success militarily and raised the morale of the English and their Dutch allies.

The English celebrated this victory by including the word "VIGO" on some English silver coins of 1703 to signify that some of the silver used to produce these coins came from the silver captured at Vigo Bay.

This coin has lovely rose and champagne patina on the obverse and pleasing grey reverse with no distracting hay marks that often afflict English coins of this era. 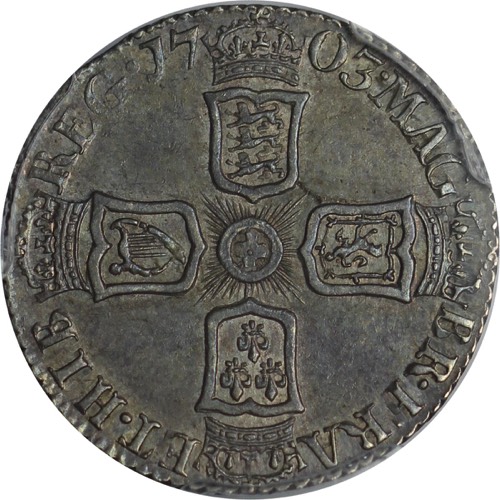 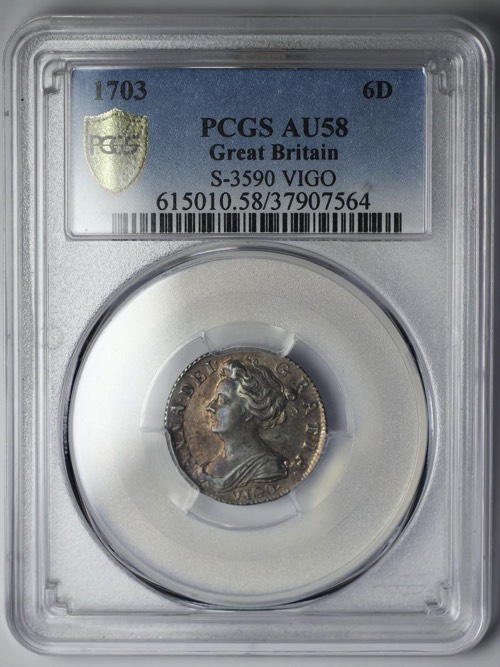 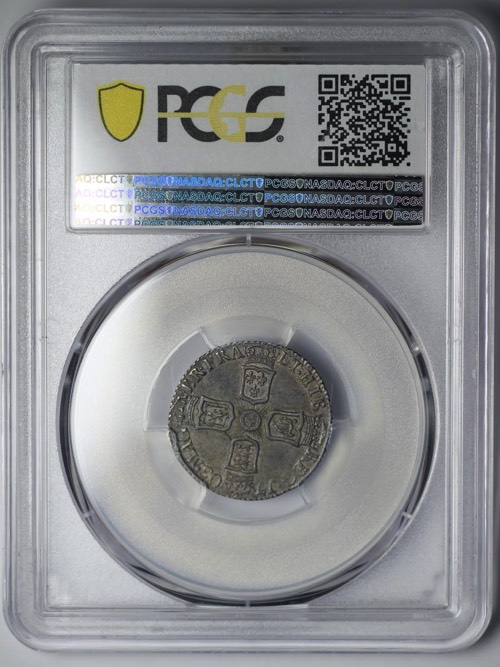