Sallustia Orbiana was the daughter of a Roman senator. Such was her beauty that a marble statue was commissioned that depicted her as that Goddess Venus  Severus Alexander became emperor in 222 CE and his mother, Julia Mamea, arranged his marriage to Orbiana in 225 when they were both 16 years old. There is reason to believe they truly cared for each other and ultimately the Emperor raised Orbiana to Augusta in 227. Purportedly, his mother, Julia Mamea, did not like the idea of sharing the title Augusta with her daughter in law (or anyone else for that matter). She began a campaign of verbal, psychological, and physical mistreatment of Orbiana. Orbiana beseeched her husband as Emperor to do something to stop his mother’s abuse. Although Alexander reportedly dearly cared for his wife and did raise objections to his mother, he was so dependent upon his mother that Orbiana was forced to flee to the estate of her father. Soon after, Mamea concocted some pretense under which to charge her father with treason. He was executed and his daughter, Orbiana, was formally divorced and stripped of her title, and exiled to northern Africa.

What happened to her thereafter is unclear, but one hopes that she lived happily once free from the scheming of her mother in law.

Severus Alexander’s reign was relatively long and peaceful otherwise, but when karma came calling in 235 CE it saw a bloody end to the Emperor and his mother by assassination at the hand of his generals. That was the end of the Severan dynasty and the beginning of the Imperial Crisis, the near collapse of the Roman Empire in the mid 200s CE.

Amidst all the strife and turmoil, this coin is a memento of a happy time of love and joy when Orbiana and Alexander were married.

Orbiana was considered a great beauty. The fine style and significant luster emanating from fields and protected areas of the devices mark this coin as a worthy representation of the Empress.

Please scroll down to view images of the coin. 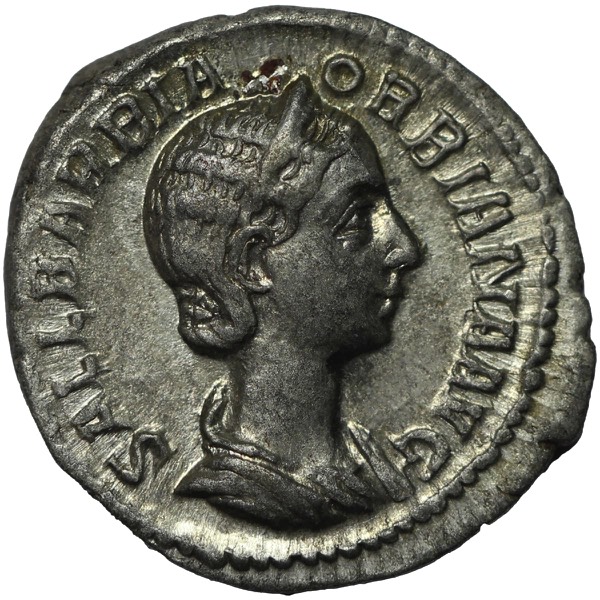 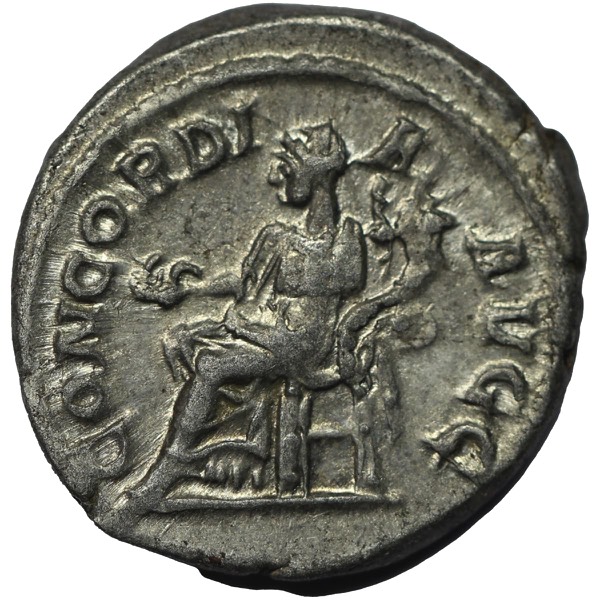