In the late 19th century and into the 20th century many nations produced silver "trade coinage" in an effort to generate revenue from seigniorage, make use of surplus silver inventories, and spur international trade.

Great Britain's trade dollar, sometimes simply referred to as "Brittania", is a beautiful rendition of the female allegory by that name which represents the nation. On obverse Brittania stands boldly with trident in one hand and shield in the other; a ship representing Britain's maritime tradition is underway in the background. The reverse employs ornate decoration around asian orthography that communicates the value to Britain's far eastern trading partners.

In the trident on obverse can be found a "B" mintmark designating Bombay. 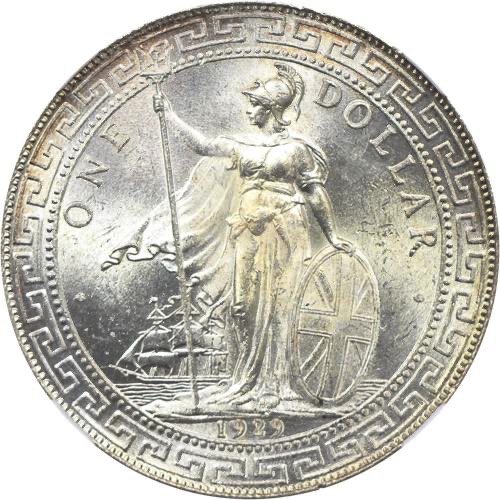 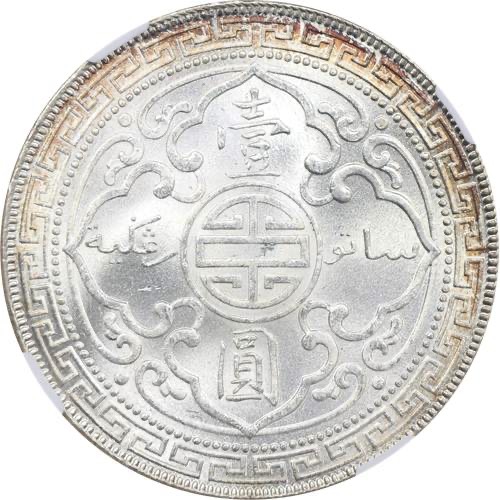 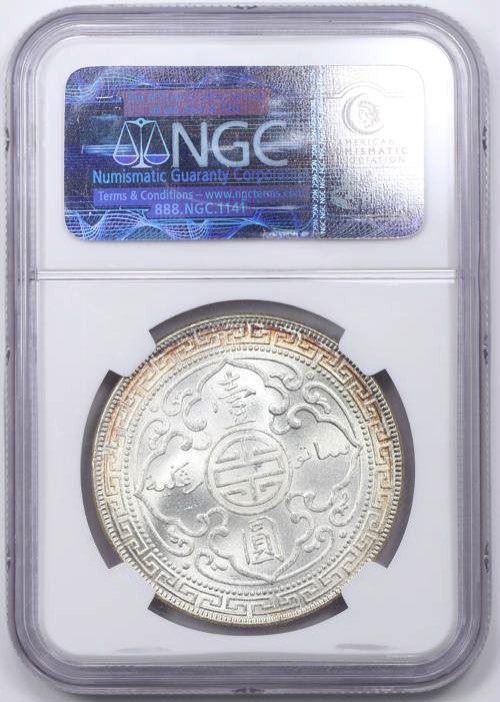